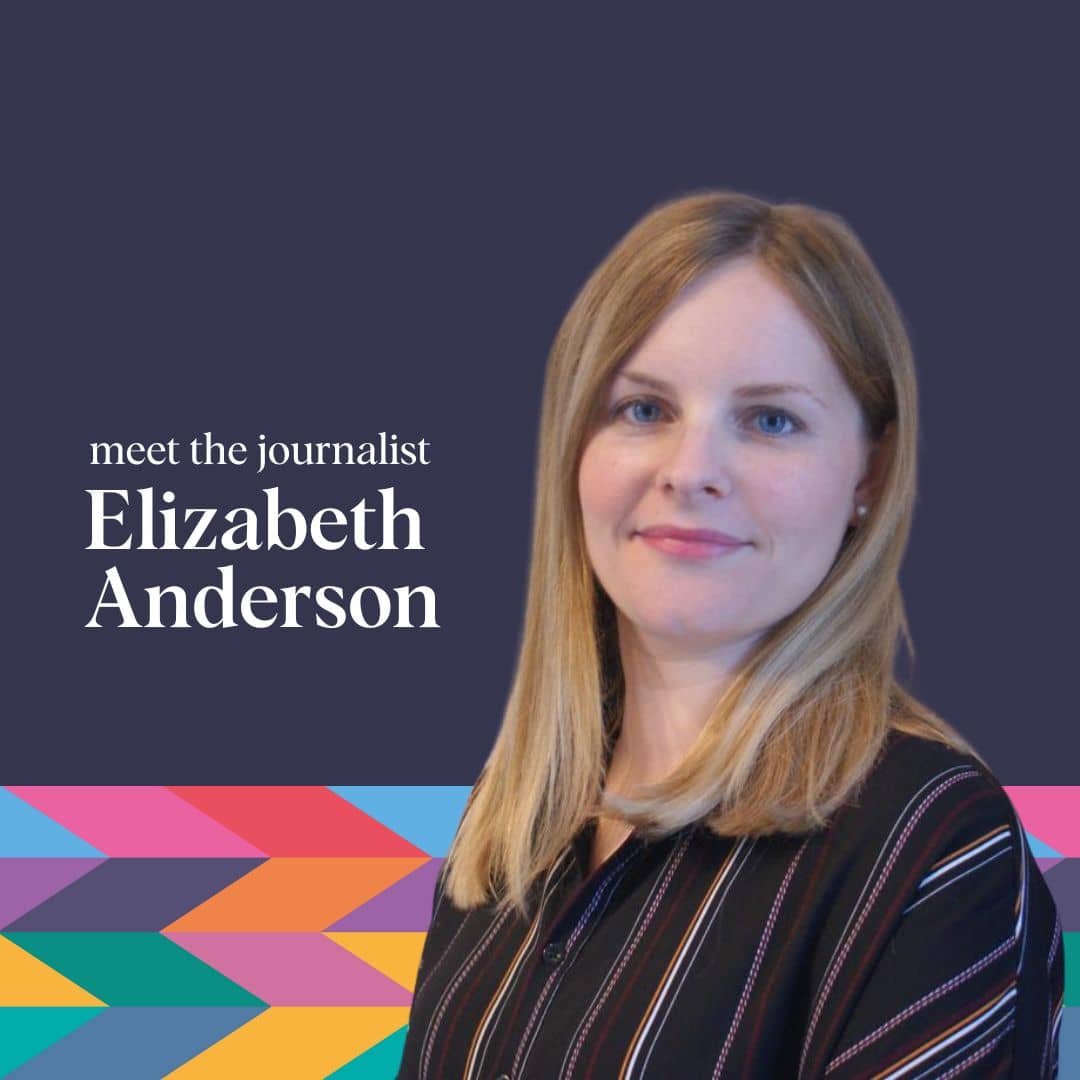 Elizabeth Anderson is a freelance finance journalist and editor (Times Money Mentor and i paper); having previously worked at The Telegraph, BBC, Management Today and Bloomberg. She talks to Andrew Vaux about how she fell into broadcasting journalism by chance, interviewing Elon Musk in the early days of his fame and the importance of pitching to journalists with relevant material.

It was definitely when I was at school, and I knew I wanted to go into media in some form. In sixth form I was doing History, media and politics as A Levels and then I was just really interested in media.

I went to Exeter university and joined the student radio, Xpression FM – helping out with the news reporting and recording bulletins. There were a lot of people who went from Exeter to Cardiff University to do a Broadcast Journalism Postgrad so we used to get journalists coming to give talks about entering the industry and everyone recommended Cardiff as the place to go. 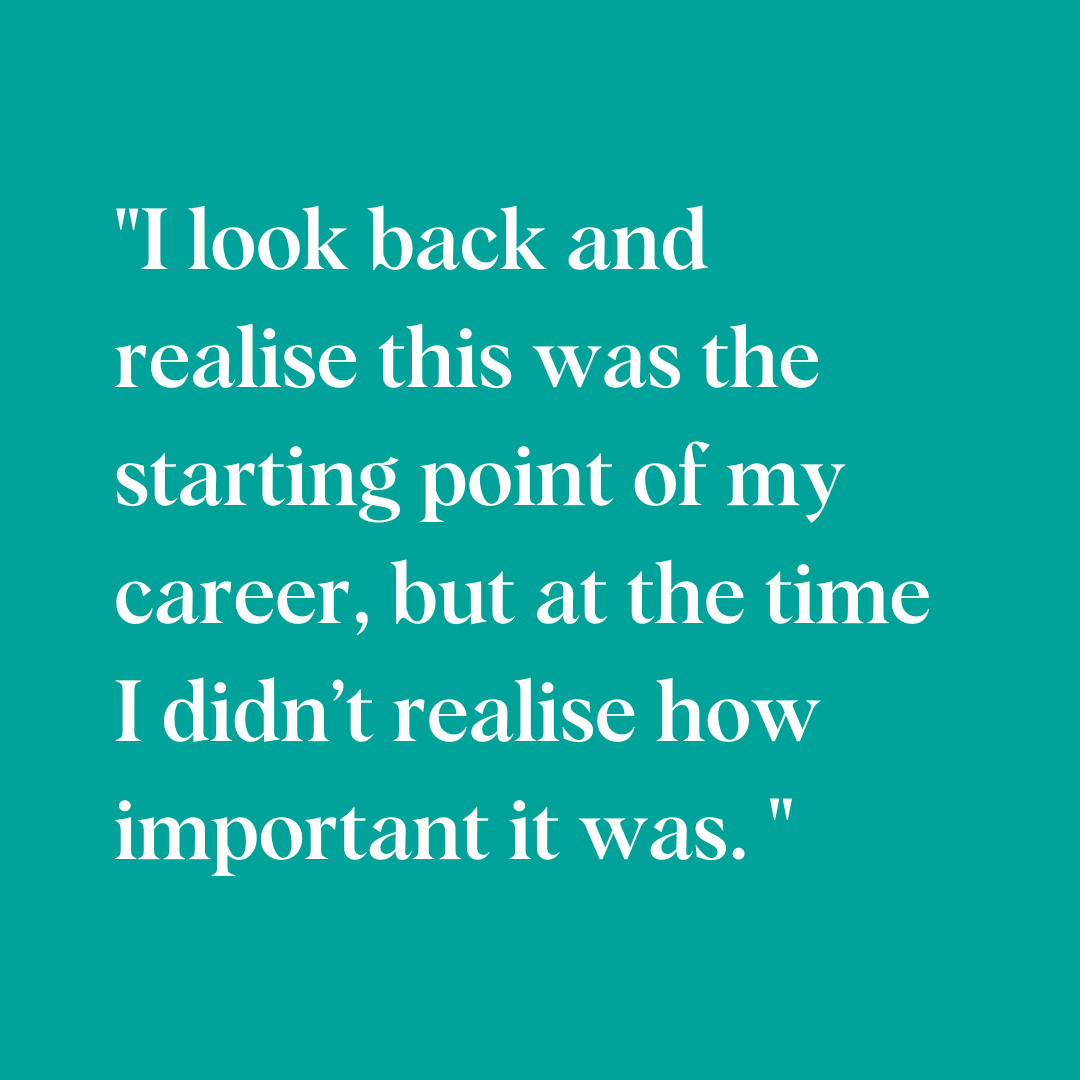 How did you enter the profession (education/training etc)?

After graduating in History in 2009 to do a nine-month Postgraduate Diploma in Journalism. There were 28 people in the class, and five of us came from Exeter University!

The course was excellent. Cardiff is one of the leading universities for Journalism. They separated us into groups so we could all gain a different specialism. Some people had sports, politics or arts, myself and another girl had business.

I’d put this as my third choice, but no one else wanted to do it so I ended up with it. I’d never intended to do business, but I’ve continued with financial journalism ever since! I look back and realise this was the starting point of my career, but at the time I didn’t realise how important it was.

After Cardiff, I applied to do the Bloomberg internship and that took me to London.

For a month in a row, I was doing 11pm to 8am shifts, five days a week. It was all too tiring for me, and I decided I wanted to do some more writing as I’d been doing some freelance work for example for Wales Business Insider when I was at Cardiff. I contacted the Editor and he put me in touch with a friend of his who was Deputy Editor at Management Today Magazine.

I was there for four years. I loved it and had a great time there.

I was interviewing a lot of company chief executives about leadership. A lot of big names from companies like SpecSavers and RBS. Also, a lot of entrepreneurs for example start-up company founders.

Whilst I was at Management Today, I also started doing shifts on the BBC’s Business Unit on a Sunday; setting up the business slots for BBC Breakfast the next day for example writing scripts and doing all the planning.

I left Management Today in 2014 and went onto the Business Desk on the Daily Telegraph. It was very fast moving as I’d be doing stories for the daily paper, the website and the Sunday paper but I really enjoyed it and made some good friends there.

In 2016 I left to become the Business Editor at The i Newspaper which had very recently been bought by Johnstone Press and they needed to pull a new team together.

From a newsroom environment, I found The i the best place to work – very fast moving but a close-knit team. To go from the Telegraph where there were 15 just on the Business Desk to just me on the desk was quite a change!

I stayed until September 2020 when I left to go Freelance. I already had one child and was pregnant with another. The commute wasn’t feasible so that’s the reason why I left.

More or less immediately, I started back on The I on a freelance basis launching I Money – an eight-page money supplement that comes out every Wednesday.

In May 2021 I stated working on Times Money Mentor – the Times money website – and I was writing and editing copy.

I also write for Metro and I’ve done the odd piece for the Evening Standard.

I was particularly proud of a couple of front-page ‘Pension Scoops’ when I was at The i.

Some of the ‘fun’ ones involve press trips for example on to launch a new flight by Virgin Atlantic and they flew us to Seattle.

I often speak to people who’ve lost a lot of money and that can be difficult. When I was at The i, I spoke to one lady who lost £40,000 to scammers.

Working in personal finance often shows the difficulties and struggles people are facing at the moment especially with the current cost of living crisis.

I interviewed Elon Musk in 2013 about the launch of a Tesla. He was a big name then, but since then has become even bigger.

It’s quite structured as I tend to do quite a lot of shift work and so I can plan everything around this. It’s a case of logging on, checking the news, checking for stories, and talking with the team at the editorial meeting.

My typical days are 9 to 5, but I do occasionally work in the evening or over the weekend if I’m catching up.

With two young children, I wish I had time for hobbies! Mostly we’re spending our time running after them, trying to get them to do what we want!

How do you prefer to be contacted by people (email, telephone etc)?

Definitely email, and then if I need any further follow-up information I can always call you back.

My advice is to clearly think who you’re pitching do and create very tailored pitches. There are so many that come through to the inbox, so if you really understand what a journalist covers that helps a lot.

Try one journalist, and then if that doesn’t work you might change your pitch slightly to a different journalist and just keep trying until you get some success somewhere.

This approach is far better than sending out a ‘blanket’ release which doesn’t really fit what any of the journalists do.